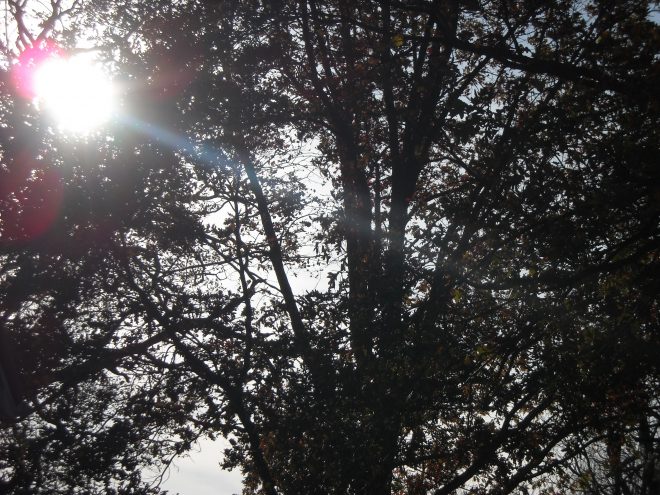 Twenty-two years, four children, and an entire lifetime ago, I ran competitively. I had my own special type of insanity that looked very much like cross country and track through my junior high, high school and college years.

I wasn’t very good. I was never mistaken for the leader of the pack. During those 5-miles-at-5-am runs in college, my teammates would have voted me Most Likely To Make Like A Caboose.

For the most part, I was okay with that. I knew deep down there would be no Lifetime movie about my cross country years entitled Feet of Victory.

In addition to not being very good, I didn’t even like running. It was work. It took time. It made me sweat. And, while I had great calf muscles and some decent endurance, all that exercise made for an embarrassing appetite and extra laundry. I only got out of running what I was willing to put into it, which wasn’t much.

And that brings me to the Solitary Morning Workout.

About a month ago, I was diagnosed with near-syncope stress after a frightening ER visit. Three teenagers, an eighteen-month-old toddler, over four decades of existence, and my own inability to say no to everyone else, all combined into a terrible weight on my body and my mind.

The ER doctor smiled at me, offered some coping strategies and said, “You might want to take up running.”

I wanted to explain to her that I had already taken up running. I had also already laid it back down.

It took about two weeks for me to feel enough guilt to consider her advice. Two weeks was long enough for some hospital bills to roll in.

My Sweet I Do, who is also known in our house as The Research King, looked up a program which would ease me back into a workout. It’s called Couch to 5K (C25K in cool people speak). Theoretically, this workout would lead me to a three-mile run in only nine weeks. When he first handed me the printout of the program, I kinda wanted to throw something heavy in the direction of his head, except I probably would have taken out a potential running partner. Who else was I going to torture with my groanings while we worked together at the gym?

Then my head did this funny little thing. On that big, blank screen in there, I saw Pumbaa the warthog wailing “Oh the Shame!” And he wasn’t wailing about bodily functions. He was wailing about me. I flipped the channel in my head.

Thursday morning found me on the track.

Hope is essential at my gym. Unlike a regular track, where four laps is a mile, at the indoor track where I run, a mile equals 18 laps. Yes, 18. In my head, that somehow looks an awful lot like a marathon.

And those 18 laps only make up one mile. There are 36 more laps to make up three miles.

Why in the world was I doing this?

And, besides, it was good for me.

During those laps, I prayed. I prayed for my children, my husband, my extended family. I praised God and thanked Jesus and begged the Holy Spirit to let me run with Him. I made a mental note to bring a verse on an index card so I could memorize the words with every pound of my foot into the track.

Sweat rolled down my back. My legs were tired. I cried a little when I prayed for my children. It is so hard for them to be teenagers in these perilous times. (Crying and running make a difficult combination.)

And, then, in the last five-minute run segment, it hit me: I committed. I passed the test.

The ultimate test of my commitment is the Solitary Morning Workout.

Just like He trusts me with the humble and amazing story of eternal life through Christ Jesus.

I have seen. I have heard. I have experienced the Christ who saved me and strengthens me. I am not the best. I sometimes don’t like the doing of the sharing because the doing feels an awful lot like being alone. But I know that the end of this story is better than the beginning and the middle combined. And I know that God wants the whole world to hear of His amazing grace.

Every day, every moment is a Solitary Morning Workout where I have yet another chance for the good doing: to proclaim, to write, to share.

May my actions complete our joy.

One thought on “Solitary Test”