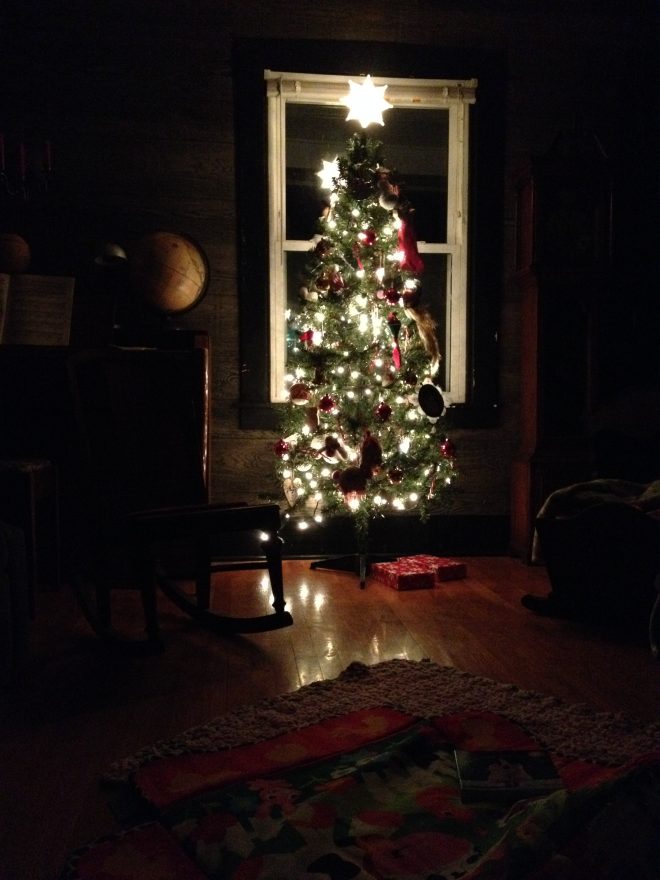 Now Mary arose in those days and went into the hill country with haste, to a city of Judah, and entered the house of Zacharias and greet Elizabeth. And it happened, when Elizabeth heard the greeting of Mary, that the babe leaped in her womb; and Elizabeth was filled with the Holy Spirit.

Take a few minutes and grab a little backstory from Luke 1:5-17.

An angel appeared and he said:

John would be the one who brought joy and gladness.

John would be the one who was filled with the Holy Spirit before he was even born.

John would be the one to turn the children of Israel to the Lord their God.

John would be the one who walked before Jesus in the spirit and power of Elijah.

John would be the one to turn the hearts of the fathers to the children.

John would be the one who would turn the disobedient to the wisdom of the just.

John would be the one who would make ready a people prepared for the Lord.

This man was gonna move!

And before he was even born, he leaped in the presence of Jesus.

I know you know what’s next. Take your pencils, take your pens, take your laptops, your cellular devices, a chisel and a piece of stone perhaps … and answer that question.

At our December 3rd Letter Christian Writers meeting, this was the devotional. And the question was the prompt. I usually give a prompt, set a timer, and then crack the proverbial whip. We share, we evaluate, we grow a little, I hope. I don’t normally write during these times because the whip is quite heavy and I use both hands, you see.

But this time, I couldn’t not answer the question.

From 2002 to 2006, Congress gave the Centers for Disease Control and Prevention (the CDC), $335 million to run a five-year campaign called VERB.51.

The campaign was very clever. It used massive amounts of social marketing to target 9 to 13 year olds to get them to move. The resulting campaign had a catch-phrase that went a little like this … “Verb: It’s what you do.”

The campaign initiated this extreme blitz of VERB lifestyle information. The CDC bought commercial air time, turned out print ads, stuffed the info into backpacks across the nation in English and Spanish. Partners  rose up to encourage kids to seek the most of their summer solstice with an emphasis on The Longest Day of Play. Favorite cartoon characters were suddenly running and jumping and playing all over the place.

And it worked. All that effort reached 74 percent of the nation’s children. Kids were moving because a verb is what you do.

And it was fun.

It was also work, but the payoff was tremendous.

Then, Congress didn’t re-fund the campaign. The initiative died and now folks are scratching their heads at childhood obesity rates and the sedentary lifestyles of many Americans.

And so did we.

We forgot what John did in the womb when Jesus was near.

Our initiatives (in a general sense) have died and now folks are scratching their heads at the level of brokenness in our country and the Godless/lawless lifestyle of many Americans.

We’ve replaced verbs with adverbs (because we’ve forgotten the strong verbs) and adjectives (because we need to make things pretty and colorful) and, while both of those parts of speech do have their places in our grammerly lives, nothing does the job of a verb quite like a verb.

So I ask you again, when you’re near Jesus, how do you move?

You have ten minutes.

Writers, write. That’s what you do.

This is How I Move

Squinch my eyes to memorize the pitch

black as my skillet

black as the memory of Mammoth Cave

when the match wisped out.

black as the etching on the Stone I try not to hate.

and the half-light is as the sun.

O – I settle for less than a glimmer and rush

Away from, yet toward, the

shadows that chase me down the darkened hall.

Wretched lumb’ring is how I move.

And in the corner,

fresh out of gleam,

is where I find my end

On Mercy’s wing, from Heaven’s height,

A single cry in darkest night

From that cry, through sinless life,

He moves toward Ransom Paid

with thorny brow, pierced side,

and now, the turn I take.

This is how I move

Shiver the squinch to release the pitch

O – I claim the light of The Light,

that kindles into flame

bright as when God’s let-there-be-light

This is how I move!

Yes, this is how I move.