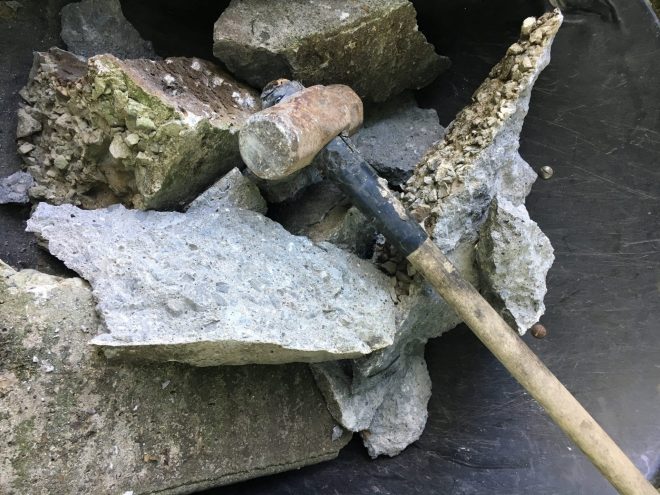 The only Asa I have ever known in real-life was a man named Asa Martin. His relation to my elementary school secretary, Barbara, was as winding as the roads it took to get to his house. The little white frame building sat up on a hill, shaded by oaks, and surrounded by various fowl and canines. As is typical, the great German shepherd was of little threat. It was the tiny brown daschund that set my heart into a terror.

But when Asa stepped out onto the porch, we knew we had nothing to fear. His hands were brown and deeply creased, smoothed by time and crooked by the beginnings of arthritis. He was a small man, with a bald, round head, an equally round belly, and his wife’s name was Martha. She matched him in weathered stature and in gentle nature. She’s the one that fetched the eggs that my momma saved her pennies to buy.

The interior of their house was cool and dark and orderly. Martha kept only what was of value, the definition thereof being objects that were useful, sturdy, memory-full. They had matching recliners and matching side tables and matching copies of the Holy Scriptures.

Perhaps it was their quest for living, set apart-like, that made the eggs taste so good. It might have just been they reminded my momma of her kin back in Turkey Foot. Either way, there was a peacefulness there, shored up by the dignity of work, the honesty of right living, the gentleness of hearts and hands who knew the pressure needed for each task.

Asa and Martha were quite a pair.

The only other Asa I have known through story is the Asa in 2 Chronicles.

They Saw The Lord Was With Him

Under this Asa, the kingdom of Judah returned to faithfulness. He led Judah to seek the Lord and the Lord gave them rest. Under Asa, Judah fortified their cities with walls, towers, gates, and bars. Together, the kingdoms Judah and Benjamin had an army of 580,000 mighty men of valor.

When the Ethiopians came against Judah with a million men, Asa set his army in battle array and prayed to the Lord God for help. So the Lord struck the Ethiopians before Asa and Judah and the Ethiopians fled. After that, other people from the tribes of Israel came to Judah and Benjamin because “they saw that the Lord his God was with him.” (15:9)

Asa allied himself to God; the people allied themselves to Asa. It’s human nature to be drawn to greatness and power, to want to seek companions who appear to be successful and strong. Good leaders often beget good followers.

Good leaders also get the attention of their enemies.

In Asa’s case, that enemy was a king from the North. A man named Baasha.

Baasha had murdered Israel’s king and taken the throne, and in the 36th year of Asa’s reign over Judah, “Baasha came up against Judah and built Ramah, that he might let none go out or come in to Asa king of Judah.” (2 Chron. 16:1)

And there it was – Ramah. One strategic city, built by a ruthless enemy, about five miles north of Jerusalem on the main drag. With Ramah, Baasha determined to cut off Asa and the kingdom of Judah.

God-fearing Asa turned to the temple, and he plundered it of gold and silver to buy an alliance with Syria.

He got what he wanted. Baasha stopped building Ramah and headed home, the king of Syria hot on his heels.

Oh, but the price of compromise and unfaithfulness!

For the eyes of the Lord run to and fro throughout the whole earth, to show Himself strong on behalf of those whose heart is loyal to Him. In this you have done foolishly; therefore from now on you shall have wars.” 2 Chronicles 16:9

According to what I can find in the scriptures, Asa never returns to the Lord.

He had Hanani thrown in prison. He got sick feet (likely gout) and he turned to human physicians instead of God. During his final three years, he lived and reigned in pain and sickness and then, he died.

The Lord has defeated million-man armies in my life.

And yet, with one strategic move from the enemy, my faithfulness caves and I’m too afraid, too tired, too overburdened to truly seek and trust the One who has already won every single battle for all time.

The only thing I must accomplish is to reign faithfully over all these words He has supplied, with the strength and wisdom that is from His hand.

It is my prayer for you – and for me – that we will learn to cry out:

“Lord, it is nothing for You to help, whether with many or with those who have no power; help us, O Lord our God, for we rest on You and in Your name we go against this multitude. O Lord, You are our God; do not let man prevail against You!” 2 Chronicles 14:11 (NKJV)

WRITE CHALLENGE: Identify one million-man army in your life that the Lord has clearly defeated. Identify one Ramah – one strategic city that caused you to compromise. Write a 500-1,000 word short story that reverses the compromise. Endeavor to live into faithfulness. Email me your story at kristyhorine@gmail.com. I’d love to read and pray for you.