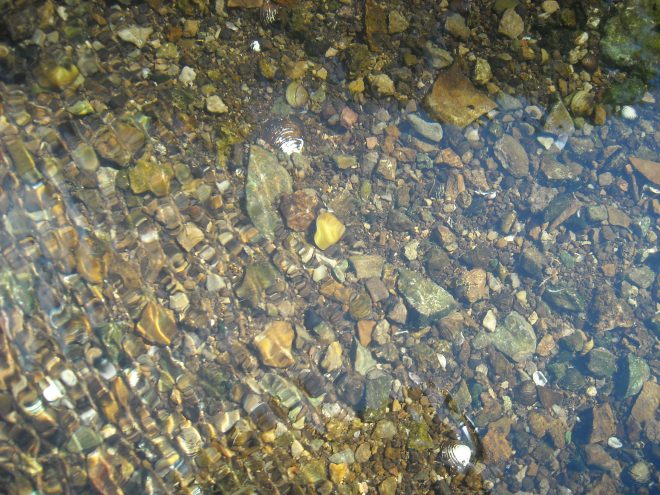 Two summers ago, my husband and I got into the river. We rented a canoe, donned life vests, and launched. It took us a little while to gain an understanding of rhythm. He, the stronger paddler, took the bow. I just followed his lead. Wise arrangement.

We learned a few things.

One, we had to simultaneously paddle on opposite sides of the canoe to maintain a balance of direction. (Paddling at opposite times wavers the canoe’s slice through the water. Paddling on one side turns the canoe.)

Two, we had to alternate a certain number of strokes for each arm to maintain a balance of strength. (Muscles built up over time work the best, and even major muscles need a rest.)

Four, canoeing is worth the work. (Period.)

These maintenance of balance lessons – direction, strength, reserves – are necessary to accomplish excellent work of all kinds.

Very much like the temple work in Solomon’s time.

He hired the most accomplished craftsmen. Strength.

He formed alliances with nearby leaders to ensure access to materials. Reserves.

It took seven years, yet when they were finished, they had built the temple of the Lord.

I look at the work before me.

I have a notebook full of little treasures from my personal Bible study time. It has taken me a full year to read and study through the first ten books of the Old Testament. I gathered treasures of verses along with their accompanying snapshots of illustrations, examples, personal applications.

I have another journal filled with more treasures of in-depth notes, historical research, cross references and study questions to go along with my discipleship group’s study of Judges.

I have a stack of church bulletins on the corner of my desk with scribbled verses here and there; small, sparkling jewels of inspirational and encouraging thoughts to pass on at some point.

I have multiple manila file folders tucked into the bottom drawer of the filing cabinet, with peeling white labels marked Story Ideas. Each scribbled treasure is a writing opportunity waiting to be explored. Not all need to be expanded; not all have retained the heat from the first burst of Oh! That’s good!; not all are for more than just me and God. But some … some jottings still cling to the full expositional outlines in my heart. Some ideas are still there, still viable, still waiting.

Waiting for the application of balance maintenance.

No more writing in circles. No more languishing for the lack of applied skill. No more half-writes that neither honor God and His gifts, nor build a house for the swell of folks seeking shelter.

Back to I Kings … in the end, the work on the temple produced satisfaction.

What will the work on my scribbled writing produce? I have no idea. But I do know this: When the work of excellent building is completed, no matter how long it takes, I will tuck these dedicated words into the treasuries of the house of the Lord.

Writing is worth the work. Period.